The creative arts and ecology collide in the inaugural Geelong Environmental Film Festival on Friday 19th and Saturday 20th February.

This thought provoking film festival named The GEFF, features a collection of new and inspiring short, animated and feature films. Keynote speakers and panel guests will discuss environmental issues, storytelling, research and filmmaking tips.  Feature films include the recently released ‘Ever the Land’, local film ‘Melbourne Downunder’ and ‘Baykeepers‘, amongst many more. The film festival is a key event of the Sustainble Living Festival in Geelong. 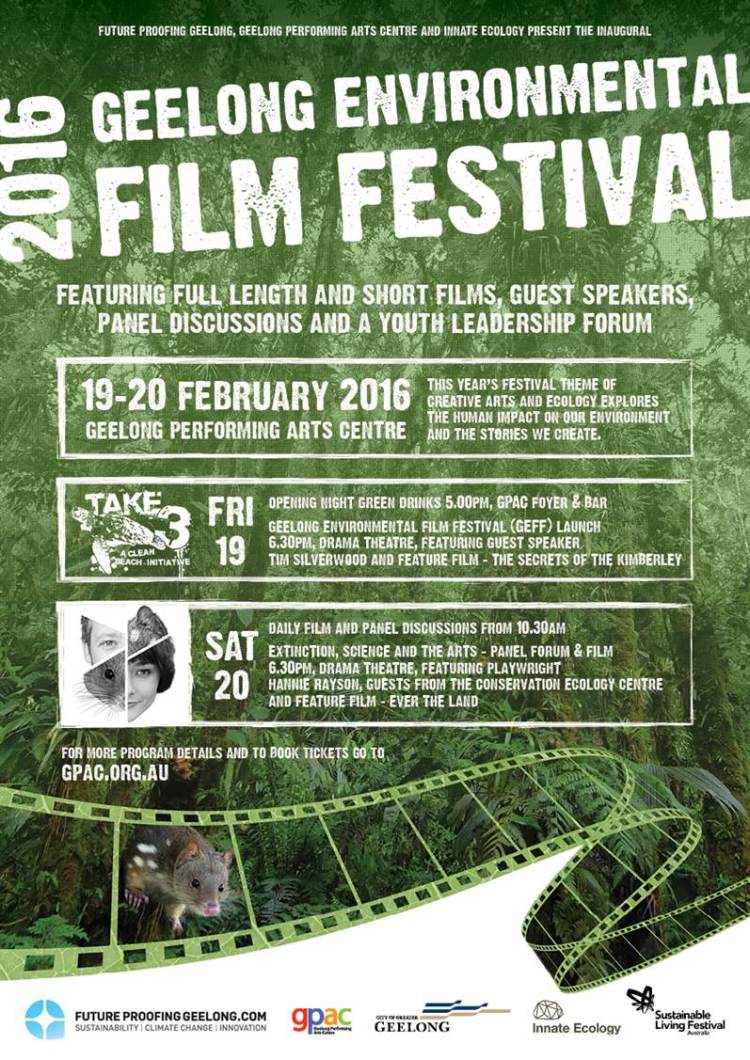 A selection of international animated short films at 4.30pm Friday is paired with a panel of expert animators and producers. This session is an opportunity for students and emerging animators to engage with Jumbla’s Creative Director Callan Woolcock, Glen Hunwick of Glen Art Production and others on animation, storytelling and breaking into the industry.

There will also be a youth leadership forum with key environmental youth and young leaders to discuss climate change, messaging and communication ideas. An expo bringing together filmmakers, environmental and sustainability groups from the Barwon region, western district and Ballarat will be available both days.

Tickets are $10 for day sessions, $15 for evening sessions, and the weekend Garden Pass for all seven sessions for $50. For tickets go to gpac.org.au or purchase tickets at the GPAC box office.